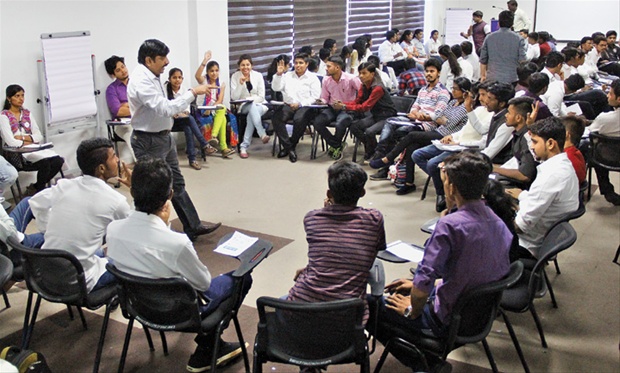 Students from Maharashtra, who are a part of the Youth Inspirators Network (YIN), have formed the Mahamandal in Pune. They formed four groups of 30 students and discussed problems related to water, health, education and tourism.

Each group had to find out a solution to a particular problem.

Anuradha Bhosale from Baramati, coordinator of a group, said, “Talking about health issues in Maharashtra, every individual spoke about the situation in their district. Some spoke about corruption in hospitals, medical stores and lack of medical facilities in remote areas, no proper sanitation and so on.”

“I feel sex education should be given to people, especially youngsters. People living below the poverty line should be educated on this topic. Sanitary waste that is not disposed of properly can lead to pollution, so this should be taken care of,” she added.

On the other side, a group discussing water issues explained that there is no proper water purification done in many areas, which is leading to health issues with many citizens, almost all the wastewater is going into the rivers, making the rivers impure, and so on. Komal Dange from Mumbai, the representative of a group, said, “As discussed by the group members, the basic problem is that the citizens living above the poverty line or the people who are living in the big societies are getting water supply 24 hours a day, while a common man or the people who are living in remote areas or below the poverty line are getting water supply every two-three days.”

Education, being the most important part of all, was discussed by the third group. Shrikant Kendre from Pimpri-Chinchwad, a group member said, “Without education, there is nothing an individual can do. So, education is an important part, each and every person should get an opportunity to study at least till the college level.”

Abhishek Shriram from Kolhapur, the representative of tourism group, said, “Tourism is an important factor, considering all the issues which we all are talking about. If there is no proper water supply, no educated people in that particular city, no proper health facilities, tourism will get disturbed and because of that the revenue of India will decrease.”