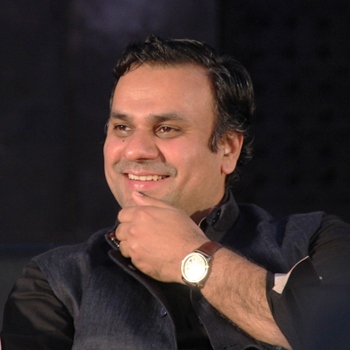 Under the aegis of the Delivering Change Foundation, Abhijit Pawar who is also the Managing Director of the Sakal Media Group, Maharashtra, India, aims to resolve social problems that exist in the society to make it a better place to live in. The group plans to open an office in Karlsruhe to initiate multiple contacts and co-operations across Germany.

‘Educon’, an annual education seminar organized by the Sakal Media Group, will be held in Karlsruhe this year. Around 80 directors of Indian and German universities, high-schools, other educational institutions and companies will come together to address pressing issues in the education sector. This kind of conference was held for the first time in Paris and Istanbul. This move to Karlsruhe was the result of the business relationships between the cities, Karlsruhe and Pune, a city in India where Sakal’s head office is located.

“In India, young students enrolled in the engineering stream are unable to make use of their theoretical knowledge in actual practice. Thsi makes it difficult for them to find jobs”, explained Stefanie Feicht, a native of Durchlach, who currently works at Sakal and is helping the organization to gain a foothold in her homeland. The objective of the conference is implement a dual education system where students are trained for various jobs while pursuing their studies. 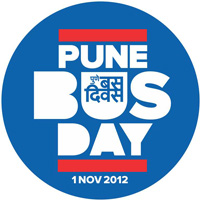 DCF , along with its partner The Sakal media group, took the initiative to plan a ‘Pune Bus Day’ to highlight and publicize the need for a better bus service, bring together a wide array of stakeholders to support the effort and run almost twice the number of buses on November 1, 2012 with an appeal to people to use the city bus instead of their own vehicle on that day. The whole event was planned in partnership with PMPML, the city bus service provider. Parisar a civil society organization working on lobbying and advocacy for sustainable development. conducted a couple of independent surveys (user feedback survey and traffic count survey) to assess the impact of the event. The results show an overall high level of satisfaction with the concept.
The Pune Municipal Corporation has in the past been requested to consider having a ‘Car Free Day’ (in the context of Indian cities, this would imply both a car and two-wheeler free day). The city of Pune has however expressed reservations up such a project, mainly for the fear of a backlash from the already large segment of population that is addicted to personal motorized modes of transport.
“Now we are working on establishing an efficient local transport”, explained Stefanie Feicht. “In three to five years, noticeable improvements would be seen. This is applicable to all areas of activity in which we have taken initiatives. Seeing a change in the functioning of the system will encourage public participation.”

The next project in India is the improvement in water supply in the drought-prone state of Maharashtra, in which Pune is located. Some specific projects are already happening there, which are funded by a foundation of Sakal. Around 15 Million USD has already been invested to start off such projects. The next step is to look into the agriculture sector, affordable housing and education. “We involve all the experts and the people concerned about the issue in the process right from the beginning. When all are there on the board since the beginning, it is more likely that the project becomes successful in the end”, explained Stefanie.

“People dream of peace, harmony, hospitality and the open culture in the city”, explains the 26-year old Stefanie Feicht. She herself is enthusiastic about “Das Fest [The Festival]”, among other things.
The Sakal Group which has its footprints in Maharashtra and Goa, will bring the “Das Fest [The Festival]” to India with the help of the Karlsruhe Head organizer, Martin Wacker with a modification that suits the country.

“It is about investments and jobs, scientific contacts and know-how transfer, in short- international location marketing in a competitive global environment”: explains Mayor Frank Mentrup just before his India visit in January for the partnership with Pune. Approximately 6.5 million people live in the metropolitan area of Pune where more than half of the population is less than 30 years old. Pune is considered as the “Hidden German City”. More than 300 German companies are already present in the city in the state of Maharashtra that is second-largest after Mumbai.
Karlsruhe business development has in the meantime, concluded a cooperation agreement with the Indo-German Chamber of Commerce in Pune together with Karlsruher Messe- und Kongress GmbH (KMK) and opened the Marketing and Cooperation Office of Karlsruhe in Pune. It states that Pune is an interesting and promising partner. Overall, India is the biggest growing market of the world and Pune leads with its field of competence IT and Games industry, Automotive, Engineering services and the cultural and creative industry; many parallel links and points of reference to Karlsruhe.
In the future, Pune and Karlsruhe will have to work more closely even in case of municipal issues. Mayor Mentrup agreed with his Indian counterpart Dattatraya B. Dhankawade and Kunal Kumar, Head of Administration. “There are many areas where we can learn from the cities in Germany”, says Mr. Kumar. Mentrup suggests establishing contacts with experts from Karlsruhe for the Cooperation office of City Karlsruhe. “In addition to economic and scientific relations between our cities we have a request to strengthen the Know-How Transfer at municipal level”, underlines Mentrup.