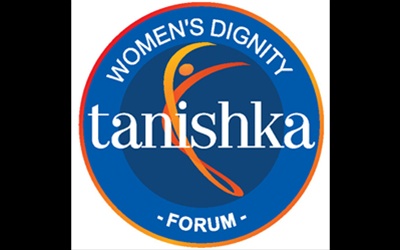 Tanishka Women’s Dignity Forum working in the field of water, health, public sanitation, agriculture, employment and environment will participate in various leadership development programmes in October and November, this year.

Members of the Tanishka Women’s Dignity Forum are enthusiastically preparing for the elections that will be held in three phases at taluka-level in the state.

Tanishka Women’s Dignity Forum is a platform which has created awareness among the citizens about water conservation and health. It has also resolved disputes about roads in many villages.

Tanishka members were the ones who courageously raised their voices against eve-teasing incidents in villages and cities.

The forum also took up the issues of bad roads, water shortage, street dogs’ menace and others.

Now, Tanishka members have taken up the task to address the major issues faced by women. Through the medium of elections, the forum plans to hold various programmes to get solutions on the basis of the suggestions and expectations of women members.

Elections will be held for Tanishka members at three to five places in each taluka. There will be a minimum of two to maximum eight Tanishka candidates contesting at each centre.

A panel of expert women from various fields will guide the elected members. The elected woman, who get the maximum number of votes and points from the panel members, will represent the whole taluka.

Accordingly, those who stand on the second and third positions in terms of votes and points, will be given various responsibilities of the work done in the taluka and district level.

The election will have no defeat or victory, but will set the stage for the action plan towards a positive, socially responsible and progressive society.

There will be training programmes, regional and also state-level meetings and conventions. The speciality of this election is that there will be no banners, posters or campaigns.

The candidates will meet the voters in person or through the social media. Public sessions and get-togethers would be held at temples or community centres.

The voting will be conducted at any of the schools or colleges.

The schedule of the elections will be announced soon.

WHY ELECTIONS?
The elections are being held for the development of leadership qualities among the Tanishka Women’s Dignity Forum members, who will address the questions and expectations of other underprivileged women. The Tanishka elected representatives will play the critical role of being the bridge between the common women and the people’s elected representatives.

ELECTION DATES
The Tanishka Forum elections will be held statewide in three stages, October 15 and 16, November 12, 13 and November 19, 20. The result will be announced together.