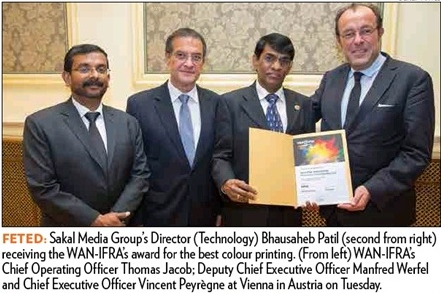 The award was presented during the World Publishing Expo 2016 being held here. The Expo has two sessions, Print World 2016 and Digital World 2016.

Sakal has bagged the award in the Regional Language category.

In all 85 newspapers have won the membership of the international Newspaper Colour Quality Club for the years 2016 to 2018.