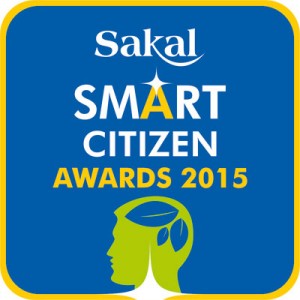 According to the members of The Poona Merchants Chamber, “To make Pune a Smart City, every citizen must do their bit and should start contributing towards development of the society. Transforming Pune into a Smart City, will lead to the growth of industries and businesses in Pune. In order to achieve this, providing basic infrastructure and use of upgraded technology is important.”

To reduce traffic congestion, the members suggested that illegal encroachments must be removed, the traffic police must take action against those not following traffic rules, public transport should become more efficient and efforts must be taken to reduce sound and air pollution.

The ‘Smart Citizen’ initiative started by Delivering Change Foundation (DCF) and Sakal Media Group (SMG) to provide motivation to the Smart Citizens of the city is gaining popularity. Hence, the extension of eight days is being provided to the citizens to give their feedback. The citizens in Pune know their responsibility and will act wisely towards building a ‘Better Pune’. Various NGOs and other social organisations have been a part of this initiative and hence Punekars too have pro-actively played a very important role. The Sakal Media Group is looking for such citizens to felicitate them with awards and accolades. If you are involved in any such smart activities, which are beneficial for the society then write to us as ‘I am a Smart Citizen because………’ in 100 words and send. The first three best responses will be selected and they will be awarded. Their responses will also get published in the newspaper. The ten best contestants will also be acclaimed. The envelope should be mentioned as ‘I am a Smart Citizen’ and sent to Sakal, 595, Budhwar Peth or Sakal Office, Shivajinagar or mailed to us at pune1@esakal.com.