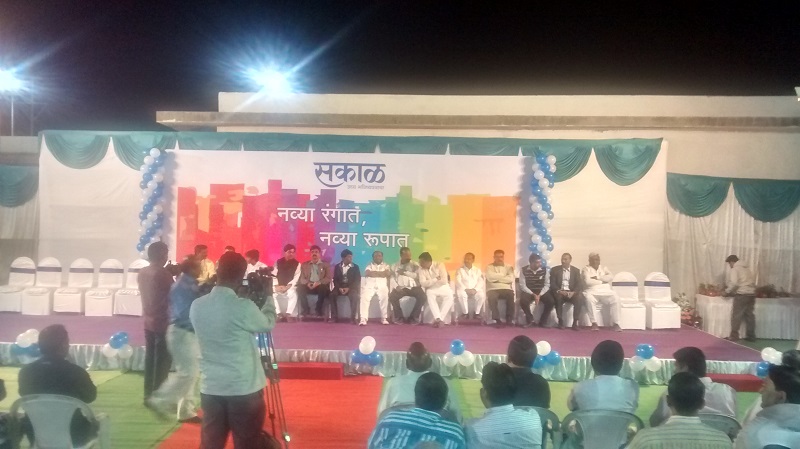 “It is the duty of the Government and other civic bodies to work towards the drought areas; but the Sakal Media Group has generated awareness by publicizing these problems and has been working relentlessly for the people. Sakal persistently works for the community, and with the community,” said Mr. Kadam.

Mr. Kadam said, “The Media and Public Representatives are two sides of the same coin. ‘Sakal’ is the newspaper of the masses, and not related to any particular party. Mr. Uddhav Thackeray, Shiv Sena Chief, has promised to fill in the gap wherever the Government will fall short. In accordance to this, a 10 crore rupee relief fund was given to the draught struck farmers. Around 20,000 farmers were given food grains in Beed and Aurangabad. This is an effort to wash out the stains of farmer suicide on Maharashtra. With this initiative, Sakal is playing different roles at different levels to help the drought farmers in the Marathwada region.