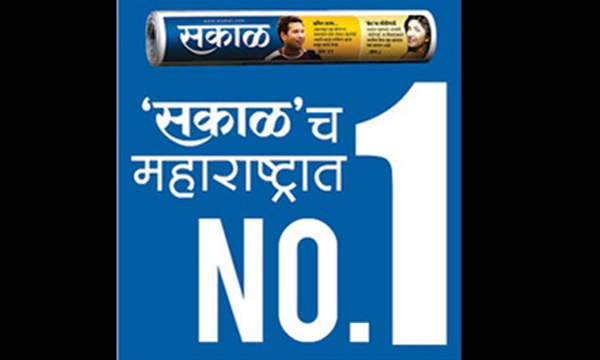 These are the findings of a circulation audit undertaken by the ABC through its empanelled auditors.

The ABC takes into account net paid newspaper copies complying with all ABC audit guidelines. The findings and statistics of ABC are considered as reliable and official with relation to print media in the advertisement and publishing sectors.

The report was conducted for the period of July to December 2015.

As per ABC statistics, the daily circulation of Pune edition of Sakal is over 6.04 lakh average. The sale of Sakal in Pune and Mumbai is 7,30,771 average copies daily with a total (average per day) circulation of 13,37,901 copies across Maharashtra. The ABC’s latest findings also reveal that readers from new cities in Maharashtra too have favoured Sakal.

Sakal which has earned a name in Marathi newspaper industry has also observed social commitment in its eight and half decades long existence. The newspaper has also given a wider scope to this social commitment with participation of people from all over the State. This journey includes Sakal Social Foundation, Sakal Relief Fund, Delivering Change Foundation, the Pune Bus Day initiative which sought answers to the problem of traffic, Tanishka Women’s Dignity Forum which empowers women, Young Inspirators Network which identifies leadership qualities among youngsters, the Water Conference which seeks to make Maharashtra drought-free and the Sarpanch Conference which seeks to fulfil the dreams of rural development.

Getting connected with the people’s sentiments is an intrinsic characteristic of all initiatives of the Sakal Media Group.