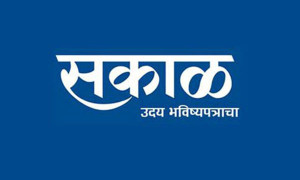 Sakal readership grows at a robust 15% in rural Maharashtra in IRS 2014. Adds record number of women and graduates to its kitty and aligns with the affluent emerging middle class.

While media strategists get busy writing lopsided obituaries for the print medium, Sakal – the 9-edition strong flagship publication of Sakal Media Group – has reversed the trend completely in Maharashtra. In the latest Indian Readership Survey 2014 released last week, Sakal emerged as the fastest growing newspaper with more new readers across the spectrum. 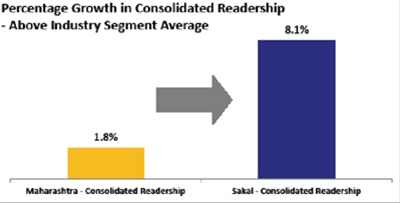 With a readership of 40.03 lakh, the population of NCCS (New Consumer Classification System) A1 category readers as well as young reader category (20-39 years) is growing at a rate that is fast surpassing competition.
Reasserting its position as Maharashtra’s family newspaper, Sakal also registered the highest growth rate in female readership at 12 per cent.

And it is not just about numbers. Sakal has now ascended to be leader even in terms of quality of readers that it serves. For instance 6.9 lakh readers own a four-wheeler (highest among all Marathi newspapers), which is just one of the parameters that places Sakal in the minds of the affluent middle class. 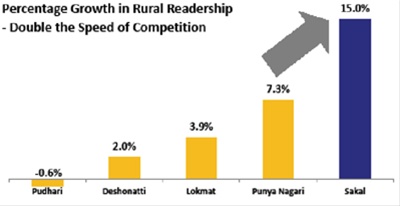 The glory of Sakal is the success story of its readers and proves that people with aspirations prefer a futuristic newspaper.