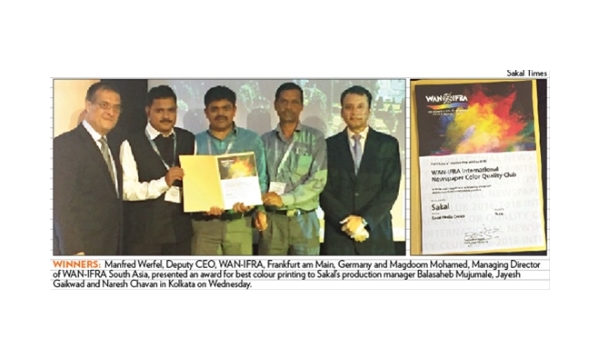 With this award, Sakal has been included among the world’s top newspapers having quality colour printing. Sakal has won the award in the contest held for the period from January to March this year.

Sakal won the prestigious award in the competition organised by the IFRA’s International Newspaper Colour Quality Club. Sakal Media Group has been awarded INCQC membership for two years (2016-18) in the exclusive club of top quality titles. Wan IFRA was founded in 1961 to provide services and advice to newspapers and also to establish quality criteria.