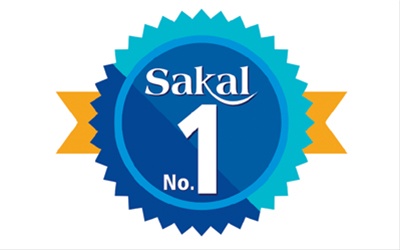 The Audit Bureau of Circulation (ABC) is the only authorised agency in the newspaper industry which determines the sale of newspapers. The ABC has confirmed that Sakal is clearly the number one in sales not only in Pune but all over Maharashtra. Having received a setback, Lokmat however, has been falsely claiming that it has the highest circulation.

As per the statistics certified by the ABC, Sakal’s sale in Pune for the period from July to December 2015 was 5,45,995. According to the ABC, the sale of Lokmat during this period was only 71,354.

Sakal is deeply related to Marathi readers in Pune and also all over Maharashtra.

There is a tradition in Maharashtra that people do not believe news unless it is published in Sakal. For Sakal Media Group, there is no need to take a note of the efforts made by Lokmat to falsely claim highest circulation.

Indian Readership Survey (IRS) is the only agency which certifies readership of a newspaper. However, the latest statistics of the IRS are not available. Therefore there is no formal certification about readership. The ABC’s six-monthly audit is going on and as per the fresh statistics of this organisation, Sakal continues to be number one in Maharashtra.