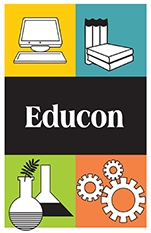 France has achieved great progress in development of nuclear energy, space research and other sectors. Quality production is the strength of France and good education is the base of its progress, said Arunkumar Singh, Indian Ambassador in France.

Singh was speaking at the inaugural ceremony of the 10th Educon 2014 being held in Paris. Educon is being attended by the more than 50 educationists and vice chancellors from India. Pratap Pawar, Chairman, Sakal Media Group, Sanjay Dhande, Advisor Educon and former director of IIT, Kanpur and others were present at the inauguration ceremony.

Singh said, “There are two education models in the world, one is Anglo Saxon (British) and the other is the European model. India follows the Anglo Saxon model while France follows the European model. With the European model, France has achieved development in education. France has always been ahead in engineering, innovation etc and its results are clearly seen in this country. India has tie-ups with France, particularly in the education sector involving institutes like IIT and IIM. Many varsities from France have started double degree programme in coordination with the Indian education system. They also have tie-ups with some research institutes in our country.”

Singh said that France had advanced in space research. Even India is progressing in this sector. Both countries are working together in this sector. He also added that India should focus on skill based education. The Indian ambassador highlighted various challenges in the higher education in India. He said that students in India were compelled to go abroad for higher studies due to the various lacunae in the system.

Singh said, “Every year about hundred thousand students choose to go to the United States for higher education while over 30,000 each go to Britain and Canada. The universities in these countries concentrate on creating skilled manpower considering the development of a particular sector in next ten years. This vision is lacking in India.”

Speaking on the occasion, Pratap Pawar, Chairman of the Sakal Media Group said that the Malaysian Prime Minister’s office had a unit called the Performance Management & Delivery Unit (PEMANDU), where experts from various sectors came together to find solutions for problems in various sectors. This had contributed to the development of Malaysia. The PEMANDU model was being implemented by the Sakal Media Group in Maharashtra and the education sector too would benefit from it, said Pratap Pawar.

Sanjay Dhande lauded Sakal’s Educon and said that through Educon, Sakal was trying to change the perspective of educationists and academicians.