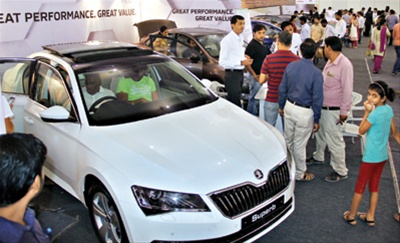 Sakal Auto Expo, an exhibition where all major car manufacturers and dealers showcased their brand new cars, concluded with an overwhelming response from visitors on Sunday. This two-day expo was organised at Pandit Farms by Sakal Media Group.

A significant display of pre-owned cars was also presented along with the exhibit of new cars, which proved to be appealing for the people who were interested in buying second hand and low budget cars.

“The display at the exhibit was great as we had an access to browse through so many options in cars all at one place. I have seen such a forum for the first time and it helped a lot to compare the prices,” said Mr. Ashutosh Gadgil, an IT professional from the city.

Many visitors utilised this chance to get details about their desired cars and to compare them with other cars of the same standards.