As a part of the Road Safety Week which is being observed all over the State from January 2, Sakal Media Group joined hands with the city Traffic police to promote and create awareness about road safety and traffic rules among the student fraternity in schools and colleges. 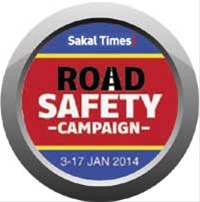 The traffic safety week promotion drive kicked off at the People’s Education Society-run Modern College in Ganeshkhind a part of ‘Vividha’, a platform created by the alumni association of the college.

The event was attended by around 2,000 students and faculty members of the college.

Jadhav in her address said that her department solicits active participation from youth, media and various sections of the society to collectively work to spread importance of road safety discipline with the objective of saving more lives.

She said that speed, rashness and fearlessness put together can be a potent combination for accidents.

“We have also organised drives based on major themes – drunk driving, speeding, signal jumping, driving without a helmet and putting tinted glasses on car windows. The youth is the future of the nation and hence they should follow the traffic rules,” she added. 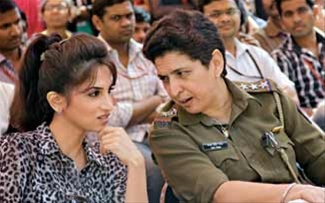 Sakal Media Group’s Road Safety Campaign is a great initiative. Traffic police work almost 12 to 16 hours a day to ensure road safety, it is also the responsibility of all citizens to inculcate self-discipline while driving. Motorists must follow all traffic rules.

As a biker, I am glad that Sakal Media Group has undertaken this initiative as there is still a need for awareness among a large section of motorists about road safety. I know that anything can go wrong within a fraction of a second. A lot of youngsters show off while driving which endanger the safety of others on the road. They must refrain from such acts.