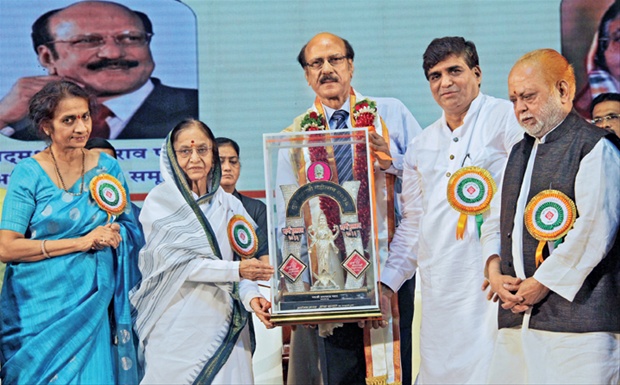 Pawar expressed his gratitude towards the organisers and said that it is indeed the work of various stakeholders that lead to great work.

Chairman Pratap Pawar also expressed his gratitude towards Pratibha Patil. He said that the former president had readily agreed to attend a conference of the World Association of Newspapers held in 2009 at Hyderabad,

Talking about the award, Pawar said, “Every organisation needs a team who can take the.organisation forward and to evolve its roots. Hence, I would like to dedicate this award to all employees who work with various organisations that I head.”

Pratibha Patil said that hardworking people who work for the people are remembered by all.

“Corruption is the biggest challenge we face in India today. If the media decides to focus on sensitivity among people to avoid such malpractices, then I surely think a difference can be made at the grass root level,” added Patil.