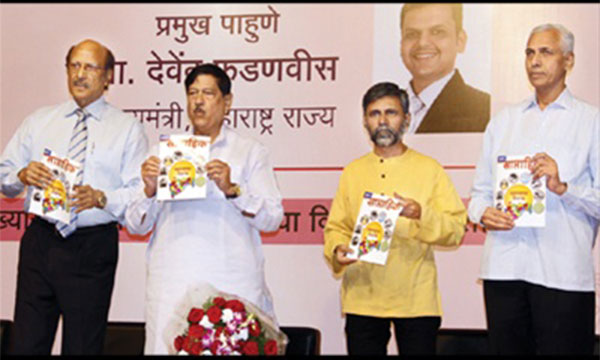 PUNE: Mr. Girish Bapat, District Guardian Minister, has appealed to the Sakal Media Group (SMG) to start training cadres of various political parties, which would enable them to understand various issues of the country and the State and work to resolve them.

While addressing a gathering at Balgandharva Rangmandir on the occasion of the 29th anniversary of the popular Marathi weekly magazine, Saptahik Sakal, one of the products from the stable of the Sakal Media Group, Bapat released a special edition of Saptahik Sakal which will be based on ‘Maharashtra’s Development’.

Mr. Devendra Fadnavis, Chief Minister, Maharashtra, who was invited as the chief guest for the event, could not attend the function due to bad weather conditions in the city.

Bapat said, “The Sakal Media Group has always been in the forefront of lending its support for good causes. It is playing a critical role in bringing about positive changes in the society.”