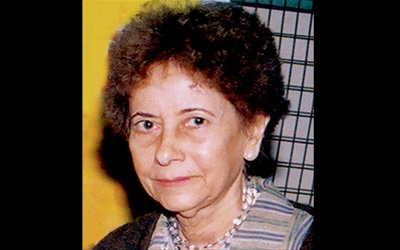 Leelatai was ill for the last few months. She was being treated at her residence. She breathed her last at 6 am. The final rites were performed at Vaikunth crematorium at 1.30 pm.

All of them and members of the Sakal family paid tributes to Leelatai.

Sakal Media Group’s Managing Director Abhijit Pawar is presently on a foreign tour. After learning the news of Leelatai’s death, he too paid homage to her.

Leelatai was known as a lover of animals. She was director of Jeevaraksha Sanstha, which provided shelter to stray dogs, cows, buffaloes and other animals.

Sakal Media Group had looked after Leelatai in her old age and during her illness. She was also provided full time medical facilities.

With Leelatai’s death, we have today lost the last link of family relations with Nanasaheb Parulekar. Until a few decades, she used to participate in Sakal’s functioning. I offer my homage to her on behalf of Sakal Media Group’s family.
— Pratap Pawar,
Chairman, Sakal Media Group

LIFE SKETCH
Leelatai, daughter of Sakal’s Founder Editor Dr Nanasaheb Parulekar and Shantabai, was born on January 31, 1936. She had obtained a postgraduate degree in arts faculty from Pune University and then following in the footsteps of her father, she completed higher education in Columbia University in the USA.

Leelatai, who was a linguist, was very fond of travelling, photography and horse riding. She followed a simple lifestyle and founded Jeevaraksha Sanstha to look after stray animals. For this contribution, she was honoured with several awards including Punyabhiman award. Leelatai also played the role of the heroine in an English film ‘Birbal My Brother’ produced by Puneite artiste Ramesh Gavhankar.