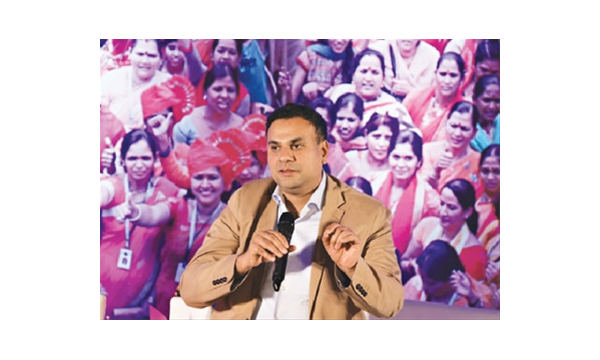 Mumbai: “Dignity of women is important for the progress of a country and society. To make this possible, four years ago, Sakal Media Group launched the Tanishka Women’s Dignity Forum for an overall leadership development of women,” Abhijit Pawar, Managing Director of Sakal Media Group said here on Wednesday.

Speaking at a two-day state-level convention of women who were elected recently from across the state, Pawar stated that the role of Tanishka Forum would be very important in building a modern and progressive nation. The convention is being held at the Yashwantrao Chavan Pratishthan here.

Speaking on the occasion Abhijit Pawar said, “For efficient social and nation building, the financial and social progress of every family is
important.”

“Women are the power centre for this progress. So every woman must get social and financial dignity to build a strong nation,” he further added.

He added, “A family is the main component of a country, state or society. In a family where a woman is strong, it is a happy family. It is the aim of Sakal Media Group and Tanishka Women’s Dignity Forum to help women achieve a dignified status.”

If the women’s strengths are recognised and the participation of women in progress of the society is ensured, then the country can progress faster, emphasised Pawar.

“Participation of people, especially women is of utmost importance for the eternal success of a democratic nation. Tanishka Forum has been working for the same. In the last four years, Tanishka Forum has organised several programmes to create success stories which will make the nation proud,” he said.

Sakal Media Group, which is the voice of the common people, has started conducting women’s leadership and development programmes as a social commitment through the Tanishka Forum, Pawar said.

“Our endeavour is to provide world class training to the Tanishka Women’s Dignity Forum members as it will give them the right direction to their progress,” he said. He said this forum is open to all and also appealed to all to work together for a brighter future of women.