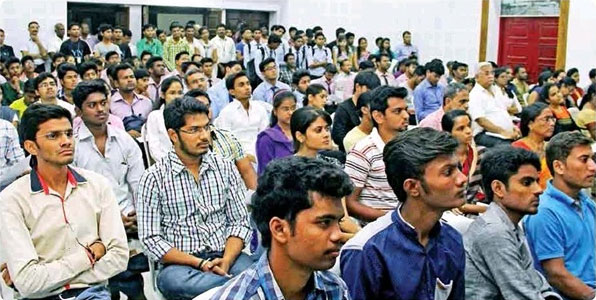 According to Mr Shravan Hardikar, Nagpur Municipal Commissioner “It is really very important to understand the concept of Smart City and through whose perception a smart city’s foundation should be laid. After several studies on Smart Cities around the world, a common trend has been observed. The citizens and their thoughts are at the centre of any plan. Hence, participation of the citizen and their views and opinions are important in making a city smart.”

He further added, “Nagpur being the hub of various organisations and education institutes like IIM, VNIT and Universities there is a huge number of young brigade and we expect them to give us their valuable opinion on ways to make Nagpur a smart city”. During his speech he also encouraged the citizens to fill the form and express their views.