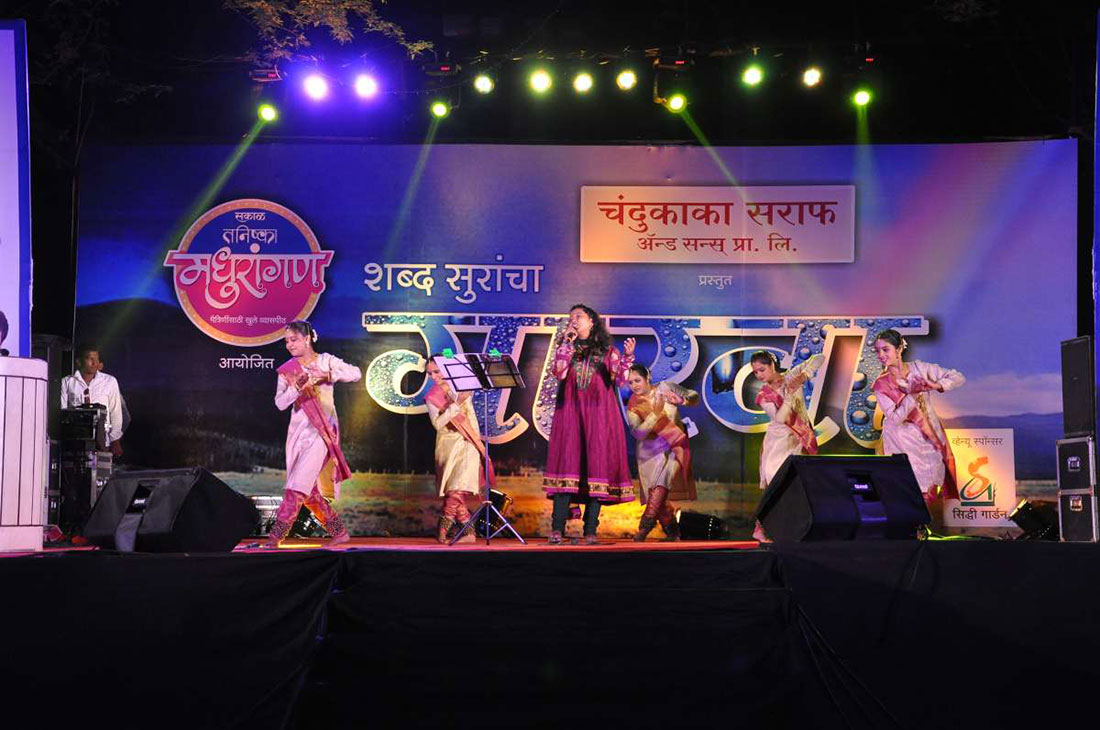 Commencement of a variety of events for the year by Madhurangan.

Setting the tone for the evening were the cool notes of ‘Gaarva’ by Milind Ingle. It was followed by melodies sung by him and Anandi Joshi, gradually taking the audience down memory lane.

The audience was mesmerised by the soulful recitation of poetry by poet Kishor Kadam alias Soumitra. His poems were accompanied by beautiful dance numbers choreographed by Tejas Garbhe and Maitreyee Mundle. Poet Soumitra recited a poem which spoke of his mother and her counterpart in today’s age of Information Technology.

Later that evening, Milind Ingle made the audience dance to the tune of ‘Dekha Na Haaye Re Socha Na’ from the film ‘Bombay to Goa’. The enthusiastic audience, in turn, made actor Pushkar Shrotri sing along.

The program was compered by Pushkar Shrotri and Manava Naik who hosted the evening by inter-spacing the dance and song numbers with astonishing facts and details on both. The script for this event was written by Mr. Praveen Joshi.

While Manjiri Phadnis, the Co-editor of Tanishka, made the inaugural speech, Mr. Sunil Mali, Assistant editor of Sakal spoke about the role played by Sakaal and Madhurangan. One of the many highlights of the evening was a lucky draw arranged by Chandukaka Saraf and Sons Pvt.Ltd. The three winners were declared from the audience. They were presented with silver gift articles.