An engineer from the prestigious Birla Institute of Technology and Science (BITS), Pilani, Mr Pawar is an industrialist and a man with vision. He has been on the Board of the Sakal group since 1985, and the newspaper has grown by leaps and bounds under his leadership. Having a presence in the entire state of Maharashtra and Goa, Sakal is now not restricted to being a ‘newspaper’, but is a ‘brand’ in itself.

In January 2014, he was felicitated with Padma Shri, the fourth-highest civilian award by the Government of India.

He is also Chairman of Ajay Metachem Group of Industries (now known as ASK Chemicals Foundry Solutions India Pvt Ltd and a Director on the Boards of various Indian listed companies like Bharat Forge Ltd, Kirloskar Oil Engines Ltd, Finolex Cables Ltd, Force Motors Ltd. He is also on the Board of the Pan Gulf Group Limited, UK.

Apart from his corporate engagements, Mr Pawar has contributed immensely to the society as well. He  is a Trustee on number of socio-educational Institutions in Pune and takes an active part in the development of these organizations/trusts. Some of them are the Dr Nanasaheb Parulekar Sakal Charity Trust, Pune; Students’Welfare Association, Pune; Poona School and Home for Blind; Kirloskar Foundation, Balgram; SOS Children’s village, Yeravada;  Pune Balkalyan Sanstha, Sakal India Foundation, BAIF Development Research Foundation; Nirdhar, Pune. 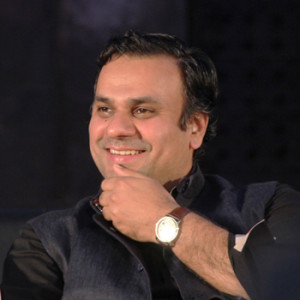 Mr. Abhijit Pawar has been the Managing Director of the Sakal Media Group since 2004. A mechanical engineer by qualification, Mr. Pawar has passionately been involved in taking the legacy of Sakal Media Group to newer heights with his unique approach combining business capabilities, in-depth experience, social engagement and advocacy of socio-economic causes.

The Sakal Media Group has reached greater heights under Mr. Pawar’s leadership with the launch of Saam TV – a regional television channel, Agrowon – the first agriculture daily and Young-Buzz – the first newspaper with a focus on children. In addition to this, the Sakal Media Group is also involved in organizing events and exhibitions across the city.  It is also the first media group to implement the 6-sigma processes across the company.

As a Managing Director of the Group, Mr. Pawar’s focus has been on the ability of the group to steer social change and transformation. Under his guidance, the ST 7 model based on a concept of ‘Return on Respect’ had been undertaken by the Sakal Media Group.

It was under Mr. Pawar’s guidance that the Group launched the Pune Bus Day on November 1, 2012, in an attempt to throw up a solution to the traffic congestion that Pune has been facing for some years. This initiative created history by rallying 7 million citizens of Pune and Pimpri-Chinchwad to come together and participate in a programme towards a common goal of reducing traffic congestion with improved public transportation.

Mr Pawar is also the Founder and Chairman of the Delivering Change Foundation (DCF), an independent organization that partners with governments and communities to accomplish nation transformation. DCF is committed to delivering socio-economic change through systemized programs that are fast and result oriented on a five-year timeline, yet intense and large scale to ensure last-mile impact. The unique promise of DCF is to align boardroom policy with grassroots action by advancing the trilogy of Emotional Connect, Intensive Planning and Absolute Execution.

The Sakal International Learning Centre (SILC) is the education vertical of the Sakal Media Group that focuses on skill development and skill upgradation. Guided by Shri. Prataprao Pawar and Mr. Abhijit Pawar, SILC is headed by Dr. Apoorva Palkar, an eminent educationist of Maharashtra. The programmes at SILC are designed  to build entrepreneurs and leaders who will go on to have a strong social impact on the regional economic development. With a faculty drawn from industry as well as academia, learning at SILC melds together real time experiences with academic knowledge bridging the gap between a conventional academic program and one that sets students up for success.

Apart from his role within the Sakal Media Group, Mr  Pawar also holds the distinction of being on the Board of several national and international organizations. He is an executive committee member of the Mahratta Chamber of Commerce, Industries and Agriculture (MCCIA) as well as a member of the executive committee of the Indian Newspaper Society. He is on the International Board of the Global YPO (Young Presidents’ Organization), a member of the Board of Trustees of the NM Wadia Institute of Cardiology and Pune International Centre, Chairman of the Pune School for the Blind and heads the Sakal Social Foundation.